Sponsored by
What's this? This content was produced by Dotdash Creative, The Balance's in-house branded content and custom ads team.

Sponsored by
What's this? This content was produced by Dotdash Creative, The Balance's in-house branded content and custom ads team. 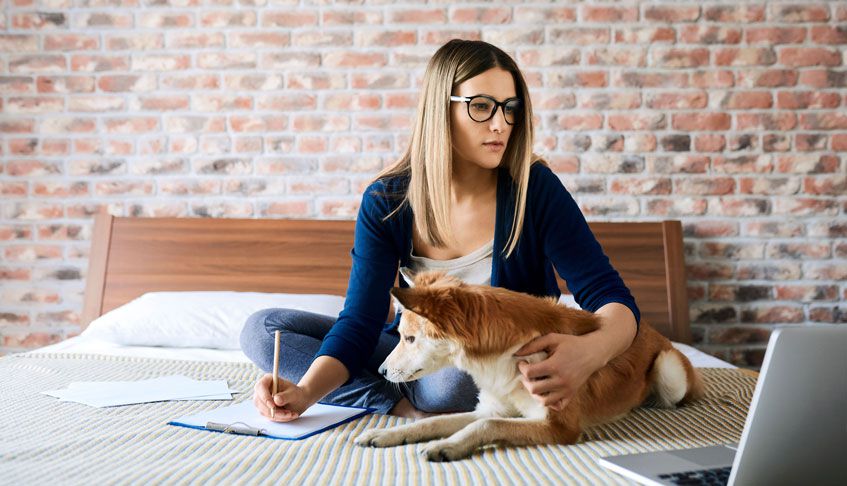 I grew up with 3 sisters, and no brothers. Let’s just say growing up in a house of 4 girls was an adventure in and of itself. Getting ready in the morning? Quite the event. Dinner conversations? Even more lively. As the years have gone by, our conversations have evolved to focus on more significant topics. A recent favorite? Finances and savings.

This topic is of particular interest to my sisters and me because several unique factors can actually work against women when it comes to saving for retirement. It’s important for us to recognize that these factors can have a dramatic impact on the amount of assets we accumulate over a lifetime. We need to understand and address any potential hurdles that may get in the way of saving, so we can position ourselves to achieve long-term financial success.

While research shows the gender pay gap has decreased over time, there’s still a notable difference between the average incomes of women and men. According to a recent U.S. Bureau of Labor Statistics study, a woman working full-time earns roughly 81%, on average, of what her male counterparts earn.* That means if a woman saves the same percentage of income as a man in a similar position, she’ll be saving a smaller dollar amount. Saving less can diminish the benefits of compounding and lead to a much lower portfolio value over the long term.

Fewer years in the workforce

Women are more likely to take time off to care for children or an elderly relative. They also tend to retire earlier than men. As a result, many women spend fewer years in the workforce. What does this mean for retirement? Fewer years earning income and less opportunity for potential wage growth ultimately results in lower overall savings.

On average, women live longer than men, which means they’ll need to fund a longer (and most likely, more expensive) retirement. According to the Social Security Administration, a woman who reaches age 65 today can expect to live until age 87, and that’s just on average.**

While there are obviously benefits to living longer, it’s important to plan for the expenses that will come with these additional years. And often these later years are more expensive, as healthcare costs generally rise with age.

To bring the potential impact of these factors to life, allow me to introduce my sisters, Brianna, Michaela, and Lauren, and my friend Michael. Over the course of their (hypothetical) lifetimes, my sisters will encounter one or more factors that could impact their retirement savings. 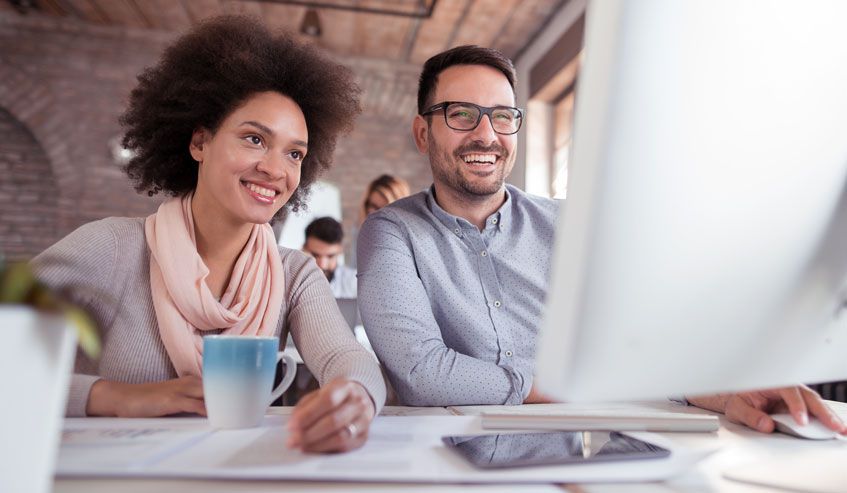 Michael: The “base” case

Michael begins his career at age 22 with a starting salary of $48,932, the median salary for men working full-time in 2017. His wages increase annually by 1% in “real” (inflation-adjusted) terms. Michael saves 10% of his salary each year and earns a 5% real return (after costs) on his investment portfolio.

Michael retires at age 64 with a portfolio balance of $809,297. He lives until age 84, which is the average life expectancy for men.

Let’s assume Brianna and Michael have identical situations, with one exception. When Brianna begins her career, she receives a starting salary of $40,040, the median salary for women working full-time in 2017 (and $8,892 less than Michael’s starting salary).

Because of that one key difference—lower wages—Brianna retires with a portfolio balance approximately 18% less than Michael’s. In order to retire with the same balance as Michael, Brianna would need to save 12.25% of her salary annually.

Michaela: Lower wages and fewer years in the workforce

During her working years, Michaela’s situation is almost identical to Brianna’s: She begins with a starting salary of $40,040, and receives an annual increase of 1%. She saves 10% of her salary each year and earns a 5% return.

However, at age 31 Michaela leaves the workforce for 4 years to take care of her children. During this time she doesn’t receive a salary (and therefore doesn’t experience any wage growth). While her accumulated savings continue to compound, she doesn’t make any additional contributions until she returns to the workforce.

Michaela retires at age 62, which is 2 years earlier than Michael and Brianna. Combined with the 4 years she took off to care for her children, she spends 6 fewer years in the workforce than they do. Michaela retires with an account balance that’s about 38% less than Michael’s. To match Michael’s portfolio, she’d have to save 16.10% of her salary each year.

Lauren: Lower wages, fewer years in the workforce, and a longer retirement

As if being the youngest of 4 girls isn’t hard enough, Lauren experiences the trifecta of retirement-saving hurdles. Leading up to retirement, Lauren’s situation is identical to Michaela’s: her starting salary is $40,040, she’s out of the workforce for 4 years to care for her children, and she retires at age 62. However, she outlives Michael, Brianna, and Michaela by 3 years and needs long-term care during those years.

Because Lauren retires 2 years earlier than Michael and lives 3 years longer, her retirement savings of $501,764 need to last 5 years longer than his. Additionally, this amount needs to cover some form of long-term care for 3 years. The cost of long-term care can vary, but currently the median costs range from about $18,000 to $97,500 per year.*** 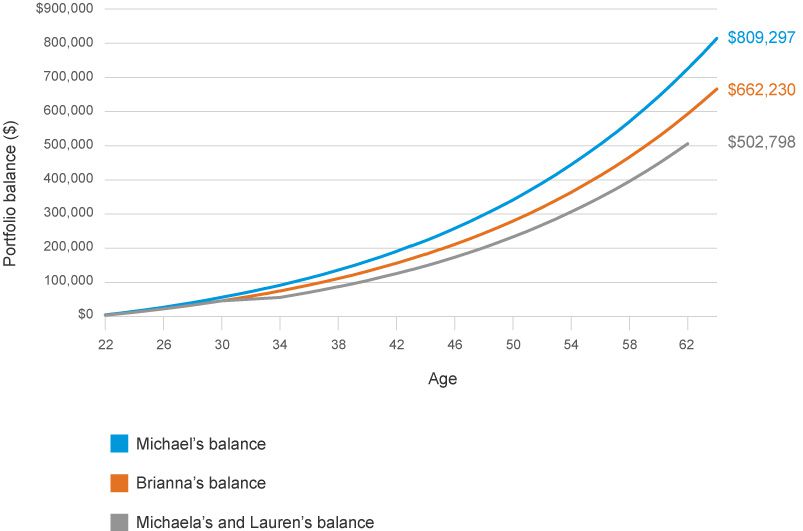 Note: Assumptions are based on data from the U.S. Bureau of Labor Statistics. Source: Vanguard calculations using an assumed 5% real investment return.

This hypothetical example doesn’t represent the return on any particular investment and the rate isn’t guaranteed.

The final account balance doesn’t reflect any taxes or penalties that may be due upon distribution. Withdrawals from a traditional IRA before age 59½ are subject to a 10% federal penalty tax unless an exception applies.

Women are likely to encounter one or more potential hurdles when saving for retirement. The good news is that there are ways to overcome these hurdles. As the hypothetical scenarios above illustrate, women may want to consider increasing their savings to compensate for lower wages, fewer years in the workforce, and a longer retirement. A nonworking spouse can also make contributions to a spousal IRA to save tax efficiently for the future.

Overall, a woman who increases her savings and takes advantage of compounding can give herself a much better chance of accumulating the assets she’ll need in the future.

As for me? I’m saving as much as I can. And I hope to inspire my sisters to do the same at our next family dinner. As usual, I expect a lively conversation. Wish me luck!

Note: All investing is subject to risk, including the possible loss of the money you invest.